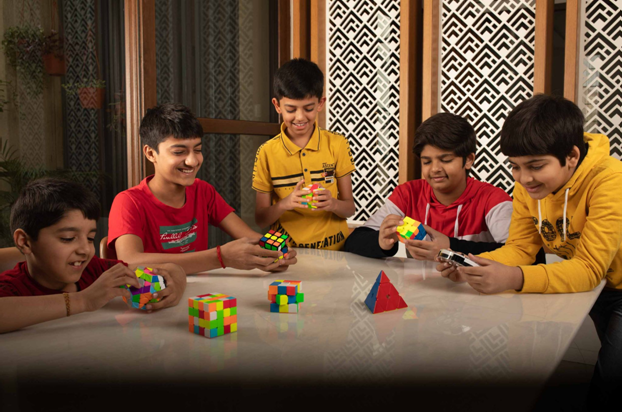 Invented by Erno Rubik in 1974, Rubik’s cube has been of significant importance in the world of toys. With thousands of benefits and upcoming variants, Rubik’s cube has made a unique place for itself in the lives of children.

This great toy is not just a toy but way beyond it. Made not exactly for a child’s play, a Rubik’s cube has great significance today. This interesting and innovative toy has a great history and idea behind it that led it to become one of the best selling toys in history.

Rubik’s cube is said to be invented not for the purpose of playing but for the purpose of explaining three-dimensional figures in architecture. Erno Rubik, the inventor of Rubik’s cube was an architect by profession and he wanted to make his students understand spatial figures in three-dimensional environments, and it was then when he came up with the idea of the Rubik’s cube. Interestingly, It took almost a month for Erno Rubik to solve his own invention.

As we all know, the invention of this magnificent object opened the door to a whole arena of educational toys. Today, the market is flooded with every kind of educational toy that one could imagine. Some toys guarantee good grades in science and maths, some toys enhance a child’s ability to experiment with science, some games could improve a child’s linguistic skills and whatnot. But despite the expansion of the toy world, Rubik’s cube still remained one of the most wanted and beloved toys in history.

Simple yet complex, a Rubik’s cube has several reasons which keep it on top of the list of best-selling toys.

Let’s look at some of the facts around Rubik’s cube which led it to become one of the best selling toys in history.

A Rubik’s cube received a lot of great appreciation and acclamation in its time. Even today despite having several variations and a whole cube family, Rubik’s cube still tops the list of being the most popular and evergreen bestseller.

Young or old, Children or adults, everyone has, at least once in their lifetime, tried their hands on this awesome cube. Some have been able to solve it while some are still trying to figure it out. A Rubik’s cube has definitely had an era of its own.

The world has progressed in ways unknown, technology has advanced and things have become just a click away, yet the idea of solving a Rubik’s cube, no matter how old-school. Still feels like a challenge and an exhilarating adventure. It is great to say that even today the advanced and great benefits of Rubik’s cube are still being taken advantage of.

Hands down one of the best toys ever to play with, Rubik’s cube is a golden toy.

Aranya Agarwal is a contributor at Walnut Folks pvt. ltd. She is a graduate student in Sociology and has an ardent interest in writing about different cultures and travelling experiences. She is a keen promoter of minimalism and tries to be sustainable in her lifestyle as much as possible.