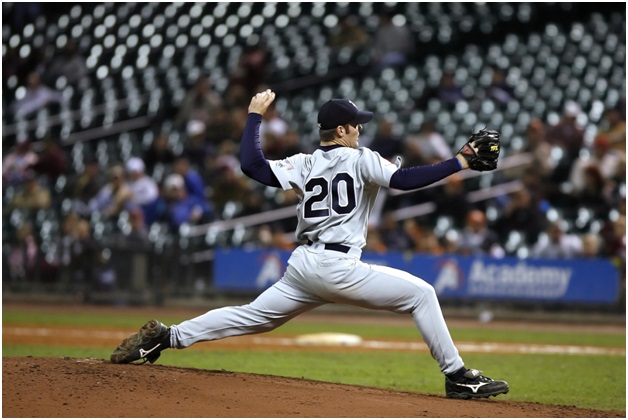 According to Yogi Berra, America’s pastime was ninety percent mental and the other half was physical. The statement a bit strange but it is true. Numerous players made it on and off the field. Playing the game did not mean it was a choice between academia and sports. It was both, and they excelled in what they loved. But who the are? We get the homework done and are ready to reveal some surprising degrees behind famous names.

They call him a “light-hitting“man of mystery. Someone once said he had a .234 hitter, spoke ten languages, but could not hit one of them. He was a Princeton graduate with a law degree from Columbia. In his 15-year career in baseball, he hit six homeruns, inspiring Nicholas Dawidoff’s book called “Good field, No Hit”. Nicholas also chronicled Moe as a lawyer, spy, and ballplayer in his book, “The Catcher Was a Spy: The Mysterious Life of Moe Berg”.

Rolfe was a well-educated infield from Dartmouth. He graduated in 1931 before joining Gehrig in the Yankees. He was famous for his speed and enjoyed a career lasting 10 years. During this time, he attained a .289 average.

After retirement in 1942, he became the basketball and baseball coach at Yale for four years before joining the Detroit Tigers as a farm system director. Under his leadership, the Tigers won 95 games and only came second to the Yankees in his second season. He returned to Dartmouth in 1954 as an athletic director until 1967. After his death in 1969, the Big Green baseball field was named after him.

DeRosa is a degree holder from the Wharton School of Business. In 1996, he had to make a decision between joining the Braves and returning to Penn. He opted to join the Braves. In his career, he drove 87 runs and hit 21 homers for the NL Central champions, Chicago Cubs.

Not many people know that Darling was a Southeast Asia history and French major at Yale. Here, he led a 1 -0 loss record to St. John where he did not allow a hit for 11 innings. He joined the Texas Rangers in 1981 and later joined the New York Mets. During his career, the Mets won 15 games and were fifth in the CY Young voting. He retired in 1995, having achieved 136 wins in his career.

Playing for Michigan’s Diamondbacks as a reliever, Putz had not completed his undergrad coursework at Michigan. This was because he made the sixth-round pick in the 1999 draft by the Mariners. He became a big-league pitcher and made more than $20 million. Putz, a huge Wolverines football fan, decided to finish his coursework. He went back to Ann Arbor and attained his degree in kinesiology in 2010, at the age of 33.

Although a study by FOXSports showed that only 4 percent of MLB players hold to have a degree, many people do not know that some of their favorite players could be qualified lawyers and physicians. Most MLB players who have degrees have made a successful career after retiring. Having an education has led to sports-related jobs such as coaches, athletic directors, and team managers