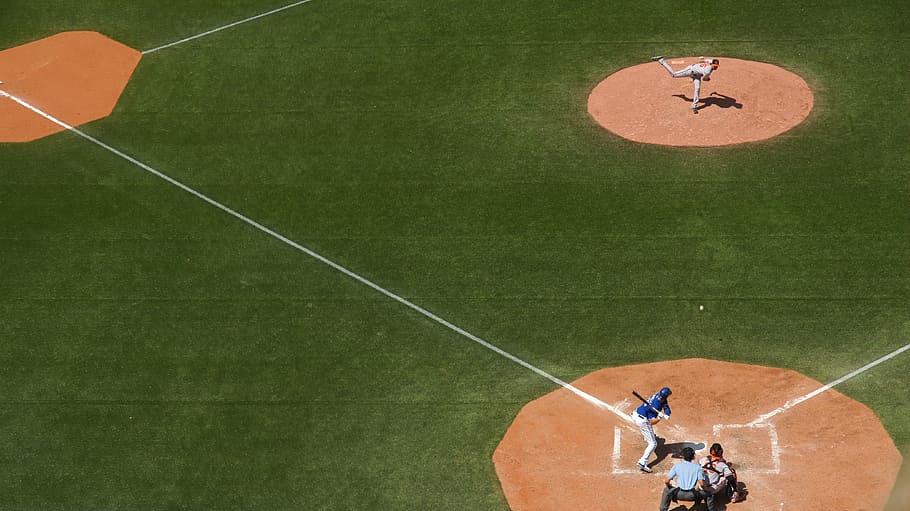 New Sports to Look Out for at Tokyo 2020 Olympics

The 2020 Olympics have been put back a year, but that has only added to the hype as sports fans around the world gear up for what should be a joyous festival of athletic competition in the Land of the Rising Sun.

The Olympic Games are mainly known for their track and field events, with highlights including things like the 100m finals or the marathon events.

However, with the world of sports being a more competitive marketplace than ever before, the people tasked with safeguarding the future of the Olympics, the IOC, are keen to reinvigorate the Games with new and fashionable sports.

This has meant that an array of exciting sports have been moved from niche status to be launched into the Olympics big time this summer.

In this article we take a look these newcomers, from classic pastimes like baseball, all the way through to extreme sports like surfing and skateboarding. Which one are you most excited to see take an Olympic bow in Tokyo?

Baseball is hardly an up-and-coming sport that people in the mainstream have never heard of, so many sports bettors and regular fans of America’s favorite pastime will ask why it was not included in the Olympics long before now.

There are many answers to this query and probably the most accurate is that, before now, there was not enough female participation in the sport and its international reach was not substantial enough to provide competition to US or Canadian teams.

However, a Japanese Olympics has offered a truly unique opportunity for the sport and those who like to wager on it, as baseball fanatics can now use their FanDuel promo codes to post bets on Olympic baseball as well as the likes of the MLB regular season and playoffs.

This is because baseball is almost as popular in Japan as it is in the US. The Nippon Professional Baseball Organization, which was formerly known as the J-League, has gone from strength to strength and has undoubtedly been a huge part of the reasoning behind baseball and softball being included in the schedule for the Tokyo Games. With so much baseball action going on this summer, sports bettors will hardly know where to focus their energies!

Whereas baseball is seen as a largely safe sport for Olympic organizers to add to their schedule, especially because they know local Japanese and US audiences will get behind the Olympic tournaments, the IOC have also taken much bigger risks in 2020.

Without doubt the biggest of these is surfing. Firstly, because this niche sport has always enjoyed being on the fringes of professional sport and secondly, because it is so dependent on mother nature offering the sort of swells that make for compelling viewing.

Olympic organizers will be hoping and praying that Tsurigasaki Beach situated on the beautiful Chiba peninsula will deliver the goods, so that the world’s top surfers can show their full array of skills.

For future Olympic Games there is the possibility that venues without surfable waves will be required to build an artificial wave pool, so that organizers can guarantee waves whenever the surfers want them.

However, this is a very costly way of keeping surfing a constant fixture in the Olympics and therefore could put pressure on organizers to make this summer’s Games a flash in the pan for surf fans to drool over.

Surfing could be one of the highlights of this summer’s Olympics or it could be a total failure, as it is completely dependent on there being big enough waves to compete with

Whereas surfing on a natural beach comes with potentially frustrating consequences for everyone involved, the sports climbing events that are due to take place this summer are certain to go off without a hitch, as artificial climbing walls are as easy to build as a volleyball court or a running track.

All in all, there will be three different climbing events in Tokyo. They are Bouldering, Lead Climbing, and Speed Climbing, with the latter being perhaps the most exciting, pitting two competitors against each other head-to-head.

In our opinion, this sport can only be a hit at this summer’s Games, especially as more and more people around the world are joining their local climbing clubs in order to stay fit.

Climbing could be one of the best ever inclusions to the Olympics, as spectators are given incredible views of the action, and climbing walls can be constructed any time, anywhere

If surfing is a sport heaped in a history of counterculture then skateboarding is the archetypal sport for rebels, with many skaters not even liking to term what they do as a sport.

While street skaters continue to be the heart and soul of the skating scene, there are other skaters who are driven to compete, and it is them, along with their wealthy sponsors, who have been the driving forces behind getting skateboarding included in the Olympics.

Whether fans think that skateboarding should or should not feature in the Games, the one thing is for sure and that’s the fireworks that will take place out on the ramps and rails that skating daredevils tackle during competitions. There is also no doubting the technical ability and incredible athletic dedication that is required to exhibit the tricks and skills that pro skaters from all around the world will display in Tokyo this summer.

Skateboarding has come a long way from its urban roots to be an Olympic sport, although not everyone in the skating fraternity will think it is good for the scene

Last but not least there is Karate, a martial art that has, until now, been overshadowed by other combat-based sports such as Judo and Wrestling. There will be just two medal tournaments taking place in the Karate bracket. They are called Kata and Kumite, and the latter should be the most entertaining as warriors do battle using strikes, kicks, and punches.

Related tags : as a volleyball court can now use their FanDuel promo codes Tsurigasaki Beach situated on the beautiful Chiba peninsula