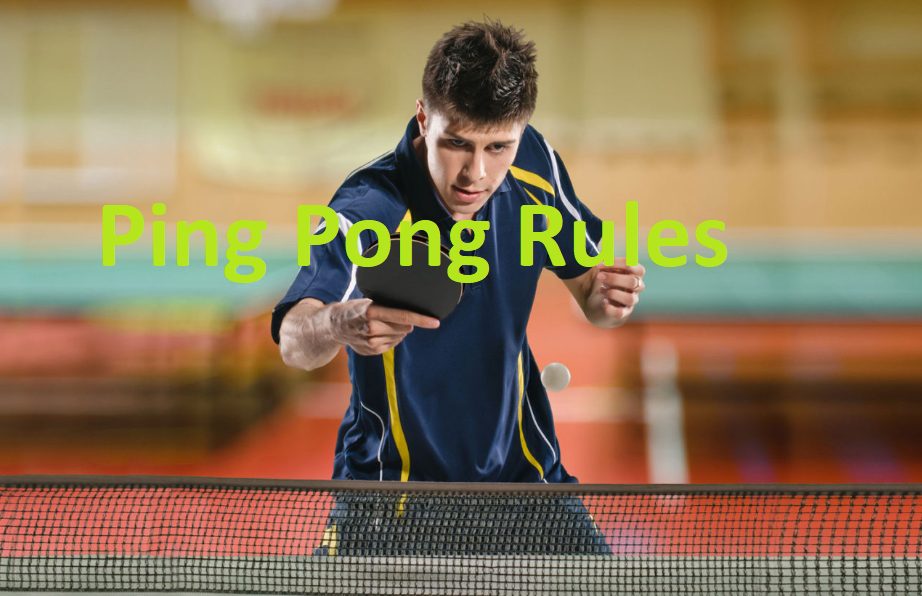 Table tennis has been an Olympic sport since 1988 and is hugely popular in Asia, although it is played all over the world from the dusty streets of Ethiopia to the public schools of rural England. The game did indeed begin in England at the end of the 19th century, first as a postprandial parlor game for upper classes. The sound of the ball on early bats gave it the name “ping pong” but as this became a trademarked term in some countries table tennis soon became the more common name.

The winner of a game is the first to 11 points. There must be a gap of at least two points between opponents at the end of the game though, so if the score is 10-10, the game goes into extra play until one of the players has gained a lead of 2 points. The point goes to the player who successfully ends a rally, regardless of who has served.

A match can consist of the number of games you like, just make sure you agree with this in advance!

Flow Of The Match

Each player serves two points in a row and then switches the server. However, if a score of 10-10 is reached in any game, then each server serves only one point and then the server is switched. After each game, the players switch sides of the table. In the final game (ie 5th game), the players switch sides again after either player reaches 5 points.

The ball must rest on an open hand palm. Then it must be tossed up at least 6 inches and struck so the ball first bounces on the server’s side and then the opponent’s side.

If the serve is legal except that it touches the net, it is called a let serve. Let serves are not scored and are reserved.

During the time I’ve been playing and coaching table tennis, I think I’ve heard every made-up rule there is! Here are a few you might hear and why they are nonsense.

Don’T You Have To Serve Diagonally In Table Tennis?

The Ball Hit You, So That’S My Point!

You Can’T Hit It Around The Net!

A coin is tossed to determine which team will serve first. In some tournaments and events, the winner of the coin toss will get to decide whether or not they prefer to serve first.

One of the things that make doubles unique is the fact that players need to serve and return the ball in a very precise sequence. This helps ensure that all players get the opportunity to stroke especially because some players tend to be more aggressive than others. To further explain this often confusing aspect of table tennis doubles, consider the scenario below.

A team gets the chance to serve twice before the opposing team is given their opportunity for two serves. Once both servers are exhausted, the previous receiver becomes the server, and the previous server’s partner becomes the receiver.

One of the stipulations in the ITTF handbook indicates that teams should switch courts regularly throughout the course of the game. This is to help ensure that each person gets to experience the unique conditions on either side of the table. For instance, if a game is being played outdoors, wind conditions might affect the trajectory of the ball from a certain side of the table.

Teams need to accumulate 11 points within 10 minutes of the beginning of the game in order to be declared the winner. If after 10 minutes, neither team has reached 11 points, the highest-scoring team will be considered the winner has given that they have a two-point lead. This only happens, however, if the cumulative score of both teams falls below 18.