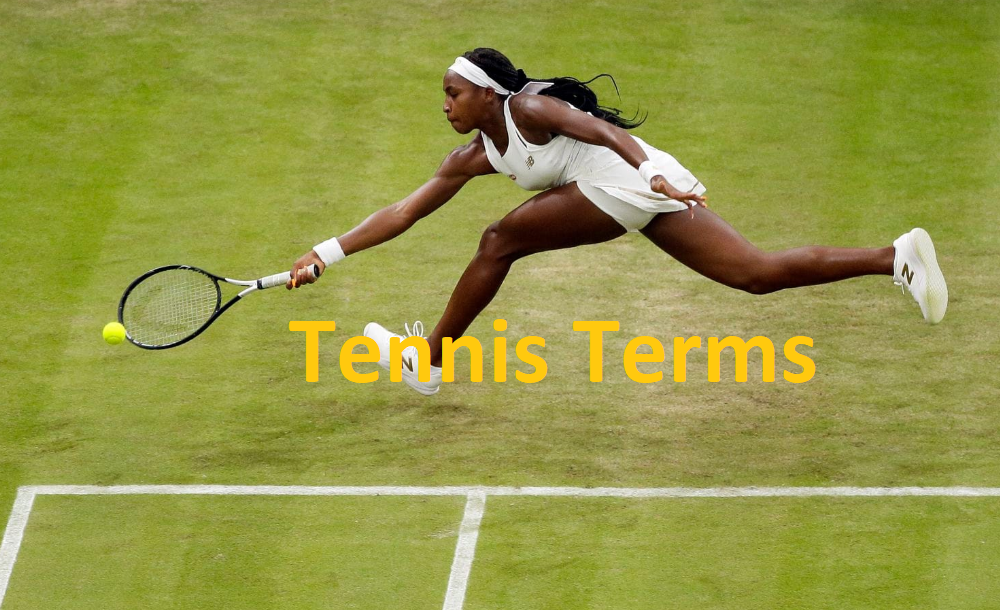 Tennis Terms: If you’ve started to follow the game of tennis, you may have noticed that it has its own distinct terminology that differentiates it from other sports. Many of these terms, such as the score of “Love” for example, date back centuries ago to the mid-1500s. Tennis is a game with a long history and, as such, many of the terms used may seem archaic. The scoring system used in tennis to this day was originally developed in medieval France in the 15th century. The term “Love” itself is thought to have been derived from the French term “L’oeuf”.

While the exact origins are not known, it is believed that scoring was based on the positioning of the hands of a clock used to keep score. When the clock hand rotated one quarter, it was on the 15-minute mark. On the next quarter rotation, it was on the 30 marks, then 45 (eventually simplified to 40). Once at 60, the game was over and a new one would begin. On the other hand, the game has evolved over the years and many new terms have been added that didn’t exist back then. Tie-breakers, originally called “sudden death”, were not introduced to the game until the 1970s. Prior to that, Sets would be played indefinitely until one player won by a margin of two games.

The aim of each game is to be the first player to score four points. Tennis points are numbered as follows:

Remember: in tennis, the server’s score is always called first. If they win the first point of the game we say 15-love. If they lose it we say love-15.

The tennis racquet is the basic tool of the game. While the original racquets were made from wood, these days the racquets are more likely to be made from graphite and the strings from plastic.

It’s yellow, it’s round and it bounces. The ball is what you hit between players.

The court is where the action happens! Tennis courts can be made out of a variety of materials, although they are commonly known as hard, clay or grass courts. The exact size of the court is determined by the International Tennis Federation – although ANZ Tennis Hot Shots courts are smaller in size to accommodate kids. Here’s a cool graphic that shows you exactly what a tennis court looks like.

The net divides the court in two. The aim of the game is to hit the ball over the net and into your opponent’s side of the court.

The line at the back of the court that runs parallel to the net.

The two boxes on either side of the net. A server must serve from one side of the court into the service box diagonally opposite them.

The external court lines that run parallel to the singles lines. These lines are considered ‘out’ in singles, but ‘in’ when playing doubles.